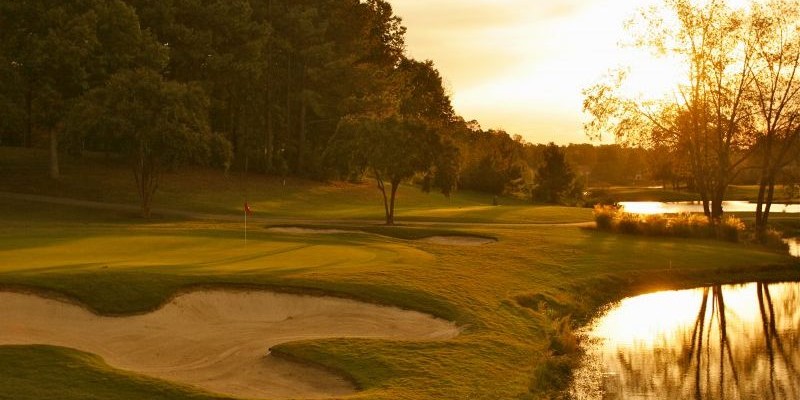 The Ford’s Colony Marsh Hawk golf course was an instant classic when it opened in 1985. The traditional tree-lined fairways, undulating greens and uniquely shaped bunkers, create a complete journey through the property. A par 72, measuring 6,700 yards from the back tees, Marsh Hawk’s greatest challenge is narrow fairways and strategically placed bunkers. The real beauty of this golf course lies within the contour of the holes around natural lakes and elevation changes that can delude your depth perception.

Marsh Hawk has played host to the 1998 and 1999 Virginia State Opens, Monday qualifying for the 2005, 2006 and 2007 Nationwide Tour’s Henrico County Open and the Monday qualifier for the PGA Tour’s Michelob Championship for 12 years straight.

One of Virginia Golf Vacations most popular trips the Kingsmill “Big Break” stay and play” provides the convenience of stay and play plus the freedom to explore other area courses. Combine any of Southeastern Virginia’s popular courses with Kingsmill’s River course and Plantation courses plus accommodations onsite at one of the east coast’s most popular golf resorts.

Adding a weekday night with a week day round can significantly decrease the cost of your trip.  Traveling Saturday through Monday can save a few dollars for sure.  Plus any excuse to get out of work on a Monday is a good one!

A Stay & Play Golf trip with affordable condo lodging and great golf. Williamsburg National boasts to distinctly different championship golf courses. The Jamestown Course (newly renovated greens) and the Yorktown Course one of the only courses in the region with over seeded fairways providing green grass fairways all year round. Enjoy spacious condos at the adjacent Greensprings Vacation Resort.

Most of the Williamsburg area courses include free replays when you book your trip in March, July, August or November.